Over 300 members of the community gathered at the YCHS campus on Saturday, May 27th to witness the graduation of the sixteen members of the Class of 2017 during the 4th Commencement Exercises. Salutatorian Francis Yarofalyango gave the welcoming address followed by the student address given by Valedictorian Natasha Loochaz in which she focused on the importance of learning from mistakes, never giving up, and being willing to seek help from others.

The transition of leadership from the graduation Class of 2017 to the rising senior class of 2018 was performed by Welna Laugeyaro and Zoya-Marie Sigeyog. The Commencement Address was given by Lourdes Robomon, Dean of COM-FSM Yap Campus and the FSM Fisheries and Maritime Institute. Principal Michael Wiencek then gave a final address to the Class of 2017 before the graduates officially received their diplomas.

Congratulations to the following graduates of the Class of 2017: 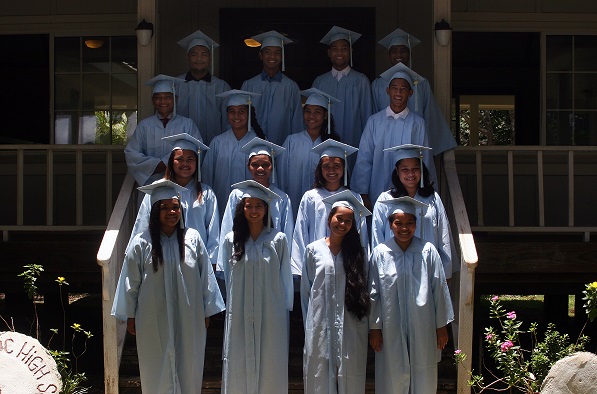 See our Facebook Page for more photos of the event.