Selena Tafnag, a member of the Yap Catholic High School Class of 2016, was awarded the Gates Millennium Scholarship this year. Over her four years at YCHS, Selena has achieved a 94% unweighted average. Selena has consistently earned perfect attendance awards - she was not absent for even a single day throughout her four years at YCHS. She has been an active member of the volleyball team, the gardening club, the debate team, and the First Friday Youth Planning Group. This year, Selena has also served as the editor of the school’s yearbook.

Mr. Michael Wiencek, Director of College Counseling, explained that Selena has been hard at work since July on making her college dreams a reality. According to Wiencek, “Selena had to write eight essays specifically for the Gates scholarship, as well as receive two thorough recommendations from her teachers. She did all of this while applying to colleges, finishing other scholarship applications, and excelling in her senior year studies at YCHS. She even came into school on multiple Saturday mornings to complete all of her work.”

In the fall, Selena will be attending Creighton University to study Health Administration and Public Health. Creighton University is a Catholic and Jesuit university in Omaha, Nebraska. She hopes to continue on after receiving her Bachelor’s degree to earn her Master’s degree, which could also be funded through the Gates scholarship program. We wish Selena the best of luck as she continues her educational journey at Creighton!

Pictured below are Selena Tafnag, her mother – Antonia Tafnag, and Mr. Michael Wiencek. 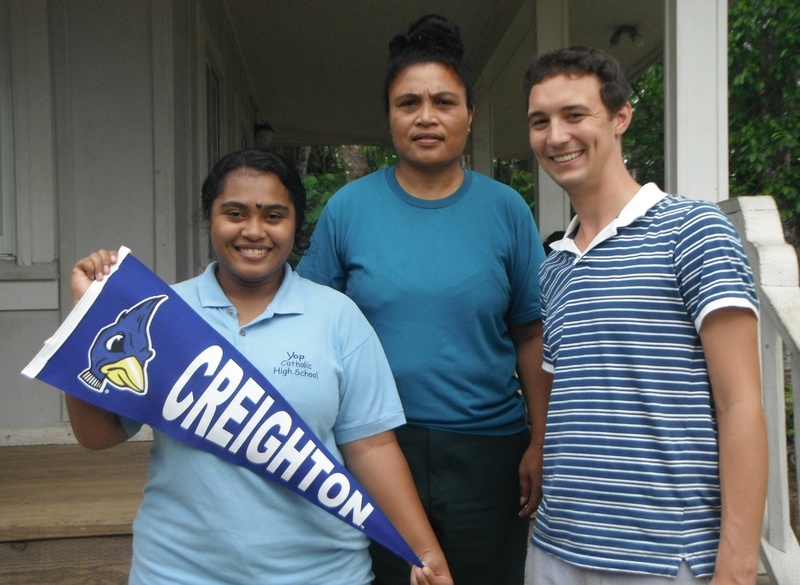