Dr. Reed Perkins, a Professor of Environmental Science at Queens University of Charlotte, has been visiting Yap for nearly 20 years facilitating environmental research of all kinds. He graciously visited Yap Catholic High School recently to speak with our freshman Earth Science students about the importance of preserving our environment. Dr. Perkins explained that with increasing global temperatures, the ocean is undergoing a process called thermal expansion—the expansion of water as a result of warming temperatures. This thermal expansion, he explained, alongside the melting of glaciers at the poles are contributing to a rise in sea levels.

Dr. Perkins went on to discuss research he has been conducting alongside the US Forest Service and the Yap Division of Agriculture and Forestry to understand the implications of rising sea levels for taro patch production on Yap. He alerted our students that increasing sea levels has resulted in saltwater intrusion on prime land used for taro production. His research suggests that the people of Yap will have to explore the possibility of finding new land for taro production further inland or elsewhere. Dr. Perkins ended class with a lingering message that young students are the ones who must find ways in the future to mitigate environmental problems that are detrimental not only to the people of Yap, but also to the people of the world. 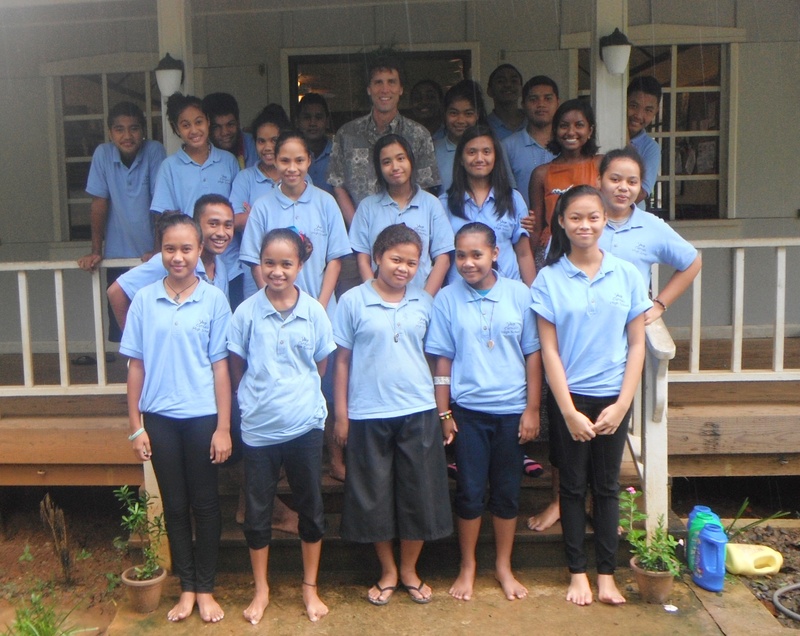